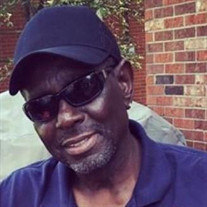 John Robert Talbott, 65, of Owensboro, departed this life on Friday, September 04, 2020 at home. He was born in Owensboro. John was preceded in death by his mother, Tidal Marie Talbott and his father, Hugh Frank Talbott II; one daughter,... View Obituary & Service Information

The family of John Robert Talbott created this Life Tributes page to make it easy to share your memories.

John Robert Talbott, 65, of Owensboro, departed this life on...

Send flowers to the Talbott family.