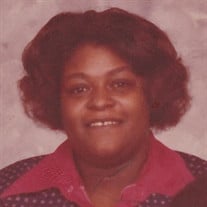 Linda Lou Douglas, 66, of Owensboro, departed this life Saturday November 29, 2014 at Owensboro Health Regional Hospital. She was born in Maceo, Kentucky to the late John Bourbon and Louisa Bell Douglas. She was also preceded in death by three... View Obituary & Service Information

The family of Linda Lou Douglas created this Life Tributes page to make it easy to share your memories.

Send flowers to the Douglas family.