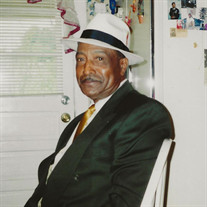 LIFE/WORK In grandeur celebration of the life of Paul Davidson commemoration is in order as follows: On June 20, 1928, in Whitesville, KY, Paul Samuel Davidson was born to Finn and Mildred Davidson, the youngest of eleven siblings. Raised in Whitesville and educated in both Whitesville and Owensboro schools, he was a curious youngster never to be held down. Known for being a good and loving dad, a hard worker, and a loyal friend, he would lend his last joule of energy towards helping a family member, friend, coworker, or whom-ever he met. Spanning a forty years career in the American railroad industry, he retired to a full-time life of farming, raising the best vegetables, growing award-winning tobacco, and smoking the best country ham in the county. Be-yond the farm he became an avid bowler, and bowled regularly in a men’s league and at family outings. A true competitive sport, he never turned down a challenge on the lane. After winning City/Regional tournaments, he secured a bid in the 2006 U.S. Pro Bowler’s Association competition in Reno, Nevada, where he captured the bronze title in the Super Senior’s Championship Tourney. As a noted friendly gentleman of the town, he secured a railroad train caboose that was installed in the city park in his honor along with August 19, 2007, being proclaimed “Paul Davidson Day” by the mayor of Whitesville. Nothing fancied him better than to sit and humor you with a story of he and his siblings’ upbringing, or an event he could recall with crystal clear accuracy that happened on his job. He retained endless stories and an amazing memory that never failed him. FAMILY On October 27, 1952 he joined hands with Gladys Hibbit in marriage raising five children. Paul bored four children from a previous relationship. Residing at the residence of his birth, Gladys and he maintained a homestead of three boys and two girls. Assisted by his wife of sixty-five years and children in tow they maintained a tight family presence, led a strong Christian life never yearning for more than their keep. Paul was a husband, father, grandfather, uncle, a devout deacon at his church in as much so a hard working gentleman witnessed by many, a strong person whom one could not outwork. STYLE A man of dapper style and finesse, he dressed to the nines (courtesy of his better half) and was camera-ready at the drop of a hat. And to mention hats…he donned a stylish brim for nearly every occasion. Never shy in the moment, if you put on the right tune, Superstition by Stevie Wonder, his feet if not he, would be in motion. More core to his spiritual being his signature song was “Walk With Me,” which he would sing often times. Driving an avant-garde car was as much a part of the man as his clothes. He kept his vehicles clean and new. REMEMBRANCE Becoming widowed in 2017 and garnering the assistance of his children, great and beyond, he enjoyed life until his departure, April 29, 2021, at home where he began. Preceding him in death were his beloved wife Gladys, his children, Virgil, Paul Jean, Virginia and all his siblings. He leaves behind cherishing his memory three sons, Curtis (Vicki), Charles (Martha), Leroy, three daughters, Pauline (McCellus), Doretha Neal, Kathy (Eli), a brother-in-law Ervin Hib-bitt, 22 grandchildren, 59 great-grandchildren, 7 great-great-grandchildren, and a host of nieces, nephews, cousins and friends. Remembering him may come as more than just the reading of these words. You may: • Shed a tear because you knew & loved him • Laugh because you recall a good time the two of you had together • Smile at the moments he made you feel good • Whisper a thank you prayer for when he helped or gave you the best lesson you’ve ever learned • Pay him a final salute to creating, enjoying, and enduring a world-class friendship. Paul Samuel Davidson has been exalted into the rest, comfort, and enjoyment of Jesus Christ warranted by our Lord and Savior. Facebook Live streaming at Owensboro Faith Fellowship Church.

LIFE/WORK In grandeur celebration of the life of Paul Davidson commemoration is in order as follows: On June 20, 1928, in Whitesville, KY, Paul Samuel Davidson was born to Finn and Mildred Davidson, the youngest of eleven siblings. Raised... View Obituary & Service Information

The family of Paul Samuel Davidson created this Life Tributes page to make it easy to share your memories.

LIFE/WORK
In grandeur celebration of the life of Paul Davidson...

Send flowers to the Davidson family.