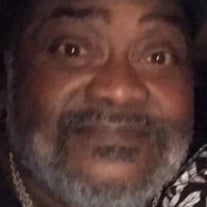 Sherman Paul Cowherd, Sr., 63, of Owensboro, Kentucky, passed away at Owensboro Health Regional Hospital on July 8th, 2017. He was born October 24th, 1953 in Daviess County, KY to the late Beverly (Buck) Sherman Cowherd and Mary Pauline (Wilhite) Cowherd. Sherman was a go-getter in every sense. He drove a truck for Daviess County and Transit Mix Concrete Company, while maintaining a farm for over 20 years. He later tapped into his entrepreneurship with rental properties. He was a member of Center Street Baptist Church since the age of 11. Sherman never met a stranger, he always loved to talk to everybody and keep them laughing. He was a devoted husband and family man, his number one goal was to make sure his family was well taken care of. He is survived by his loving wife, Brenda Cowherd of 31 years; four sons, Sherman (Gwen) Cowherd, Jr., of Owensboro, KY, John Cowherd of Staunton, VA, Jason (Stephanie) Cowherd of Owensboro, KY, and Joseph Cowherd of Central City, KY; two daughters, Jasmine Cowherd and her companion Daniel Figueroa of Louisville, KY, and Joslyn Cowherd of Owensboro, KY; one step-daughter, Jessica Miller of Louisville, KY; one sister Mona (Curtis) Tinnin of Indianapolis, IN; 10 grandchildren, 4 great-grandchildren; along with a host of cousins, other family members and friends.

The family of Sherman Paul Cowherd Sr created this Life Tributes page to make it easy to share your memories.

Send flowers to the Cowherd family.